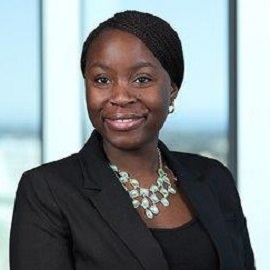 Rumbidzai is a graduate of the University of South Africa (UNISA). She holds a Bachelor of accounting Science with a double major in Accounting and Auditing which she obtained with distinction (cum laude). She proceeded to sit for her Honours Degree in Accounting Science (UNISA) and the Zimbabwe Certificate in the Theory of Accounting (ZCTA) in which she was placed in the top ten nationwide. She then sat for her professional exams with the Institute of Chartered Accountants Zimbabwe (ICAZ)and qualified as a Chartered Accountant in February 2011. She is a member of the Institute and is a recognized Public Accountant and Commissioner of oaths.

After completing her ‘ A’ levels, Rumbidzai joined Deloitte Harare as an articled clerk in 2006 on a five year articles contract. From 2006-2008 she was conferred the honour of best student at Deloitte in her undergraduate years up till she obtained her degree. Based on her proven academic excellence her contract period was reduced by a year and her articles of clerkship were discharged inDecember 2009. She has risen through the ranks and is currently an Audit Manager with a diverse portfolio of clients with an emphasis on financial services. During her tenure at Deloitte she was sent on international exchange programs to fill requirements for highly skilled and qualified individuals needed to execute the audits of clients with stringent SEC reporting deadlines in the USA. Industry exposures at this time included payment processing, financial institutions, manufacturing, health care and insurance. The cities she was stationed at were San Francisco, Boston and Charlotte

Rumbidzai also serves in the Financial Advisory department at Deloitte and in this role she has been involved in due diligence exercises, valuations as well as capital raising projects. She is the secretary for the Financial Services Industry forum and her duties include providing information on market trends as well as coordinating the FSI approach to market. She is a consummate professional with vast experience in this locale as well as internationally